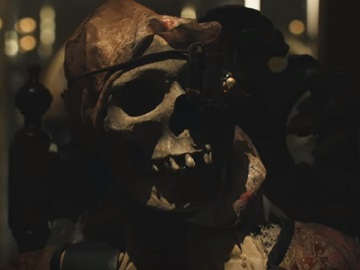 Sean Astin stars in the official Sea of Thieves trailer as the curator of the Museum of More Pirate.

The Lord of the Rings actor says: “For as back as I remember, I wanted to be a pirate. Fame, fortune, scurvy. I wanted it all. But my asthma landed me here, as a curator of the Museum of More Pirate. During a huge battle, where there were cannons and explosions.. Everybody’s favorite pirate, Pikaaroon! (Excuse me!) Her cries can still be heard in the wayward wind. Shall we? Here, I chart the curious journeys that turn scallywags into legends. Beautiful music. Mr. Kraken! We’re not all heroes or scoundrels, but we all have a legend to be told”.

Sea of Thieves is scheduled for launch on Xbox One and Windows 10 PC on March 20, and will be available from the Xbox Store and Windows Store.