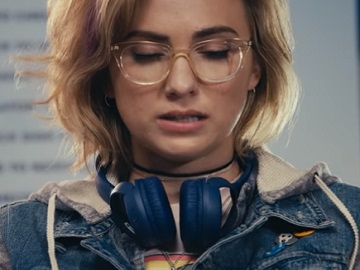 Samsung has released a series of three teasers announcing a new ad campaign for its SSD, titled “It’s Not Your Fault”.

The videos are presented as stories based on actual events – events that are still happening somewhere on earth, and feature participants at a group therapy session talking about their issues. A young woman, for instance, reveals that, up until last week, she was a level 42 battle mage and that she lost everything. “I was in the dungeon with my group when it happened,” she also says, before an onscreen line reads “It’s not your fault.” “Then whose fault is it?” she asks in despair. A man starts his story by saying he was buying concert tickets for his daughter because it was her birthday. “How could this happen?” he asks almost in tears. “Then whose fault it it?” he shouts, making the woman near him flinch. Finally, another man, who’s also suffering because of his terrible loss, says at first he would boot up his PC, then three. “I have a dozen every morning while I wait. I don’t even like donuts,” he also says, his hands covering his face. At the end of his speech, he’s also asking whose fault is it.

The brand informs that the source of suffering will be revealed on December 17th, 2018.

Previous: Telstra Christmas Commercial: Add On Something For Everyone This Christmas
Next: Aldi Christmas Advert: Kevin the Carrot & Little Red Riding Hood