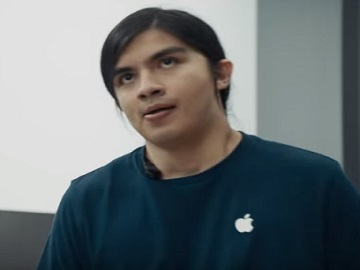 Samsung pokes fun at the download speed of iPhone X in a new commercial that urges people to upgrade to Galaxy.

The spot, focused on the advantage Galaxy S9 has over the iPhone X in terms of download speeds over cellular networks, features a woman in an Apple store interested in buying an iPhone X, but having though some reserve since she knows that “the X doesn’t have the fastest download speeds”. Informed that it is faster than the iPhone 8, the customer replies that “the download speeds aren’t faster than (on) the Galaxy S9,” which leaves the employee speechless. Samsung has a suggestion, though: to “Upgrade to Galaxy”.

Earlier this year, right a day before the Galaxy S9 and S9 Plus with 128GB and 256GB storage options went on sale, the South Korean company released another commercial that took a jab at one of Apple’s iPhones. The Galaxy S9 was compared against the iPhone 6, which made viewers criticise the approach, highlighting that it was not fair to compare a modern 2018 device with one that’s nearly 4 years old.

Samsung unveiled its new Galaxy S9 and S9+ on February 25, 2018. The two smartphones, which are packed with a series of performance improvements and camera enhancements, including the ability to shoot 720p “super slow-motion” videos at 960 frames per second and support for 4K UHD recording, are sold unlocked for $720 and $840 respectively on the brand’s website.