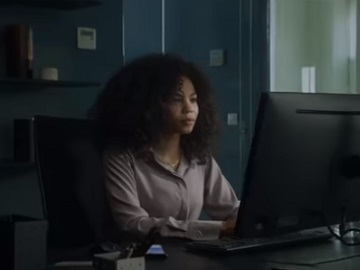 Samsung showcases some of the key features of the Galaxy Note9 in a new commercial, that shows how the powerful Galaxy Note9 benefited a company from humble beginnings to mass production (MB).

The video, titled “The Order,” opens with a woman at her desk who is informed that 100 new bikes are needed (the company manufactures a bike called E-Bike 2.0) by end of the day. Thanks to the smart features of the Galaxy Note9, the hero and the rest of the team manage to fulfill the order as requested. Among the capabilities showcased throughout the ad are DeX, a powerful desktop-like experience, the “remarkably fast downloads and uploads,” the possibility to scan inventory, assign Team Task Manager, the readiness for augmented reality, the all new S Pen, security by Knox, and IP68 dust and water resistance.

“The new super powerful Note. Galaxy Note9” onscreen lines read at the end of the commercial, which sees the young woman smiling as she’s walking down the deposit.

Officially introduced on August 9, 2018 and first released on August 24, 2018, the Galaxy Note9 has a larger 6.4-inch Infinity Display, the biggest ever on a Galaxy, heftier 4,000mAh battery for all-day performance, and a massive 1TB of storage option. Exclusive to the Note 9 camera are automatic scene optimizer and flaw detection features that enhance photos. The S Pen now has Bluetooth for remote-controlled shortcuts that are customizable.