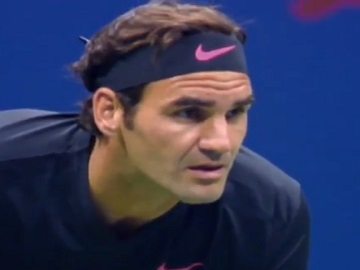 Rolex celebrates its new status of Official Timekeeper of US Open, the fourth and final Grand Slam tournament of the season, in a new commercial, that also showcases the Rolex Oyster Perpetual Datejust – superlative cronometer officially certified.

“Rolex is not just a watch. And here tennis is not just tennis,” the voiceover says at the beginning of the 30-second spot, referring to the National Tennis Centre in Flushing Meadows, which hosts the world’s best players, such as Roger Federer, Juan Martín del Potro, Chris Evert, Angelique Kerber and Sloane Stephens. “It’s where 700,000 fans witness the energy, competition, passion. And every second is show time.

Where the world’s best take centre court and create an energy like nothing else. It’s the US Open. The Flushing fortnight. Where Rolex ushers in a new chapter of excellence,” the voiceover adds.

Rolex partnered with the USTA as the Official Timepiece at the US Open starting this year, which marks the 50th anniversary of the Open, the first in which professionals competed. The Rolex Datejust, described as “the modern archetype of the classic watch” thanks to “aesthetics and functions that transcend changes in fashion”, is “one of the most recognized and recognizable of watches”. The Datejust collection includes small, mid-size and large watches available in several materials, from oyster-steel to yellow gold to pink gold, while gold and platinum.

While bezels can be chosen from a selection that comprises smooth bezel, fluted bezel, and gem-set bezel, bracelets come in three different options: Oyster, President and Jubilee.