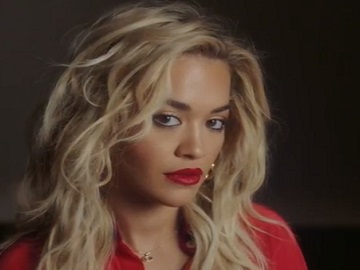 Yesterday (October 23rd, 2018), global beauty company Coty, led by its cosmetics brand Rimmel London, launched a new campaign, titled I WILL NOT BE DELETED and aimed at raising awareness of beauty cyberbullying.

The launch was marked by a panel discussion hosted in London, on the powerful impact of beauty cyberbullying.

Designed to spark a worldwide conversation around this growing problem, which affected millions of people over the years, the media event, moderated by TV and radio presenter Gemma Cairney, featured campaign cast members, Rimmel brand ambassadors as well as senior members of the global Rimmel team at Coty, and charity partner The Cybersmile Foundation who discussed the importance and scale of the issue whilst sharing their own personal experiences.

Rimmel Brand Ambassadors Cara Delevingne and Rita Ora also attended the event and were vocal in their support of the campaign and passionate about celebrating self-expression and individuality in beauty.

“Last year, 115 million images were deleted from social media because of beauty bullying” an onscreen line reads at the beginning of the teaser for the campaign film, which stars real people delivering an empowering message. “I will not hide away. I will not change for you. I will not be deleted,” different persons say in the teaser video, which also features Cara Delevingne and Rita Ora and informs that #iwillnotbedeleted is launching on 12th of November.

Speaking at the launch event in London, Rita Ora said “I am really proud to work with Coty and Rimmel on this campaign and support the message that beauty cyberbullying is not okay. I hope that by working with a business the size of Coty, we can get this message out to millions of people worldwide and truly change things for the better”.