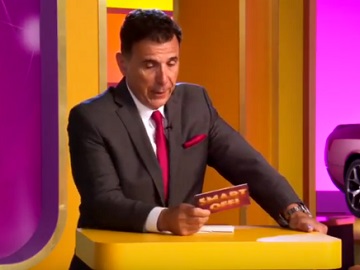 Progressive has released a new ad to highlight the variety of vehicles it insures.

The 30-second commercial opens with the host of a TV game show dubbed “Smart Off!” welcoming back Gary, a contestant who’s already won “three cars, two motorcycles, a boat and an RV”. “I wouldn’t want to pay that insurance bill,” the announcer says, willing to make a joke. Gary reveals that he has Progressive and he bundled everything with his home insurance, saving thus “a ton of money”. At this point, Progressive’s spokespersons Jamie and Flo, who are in the audience, are seen cheering on him, with a poster in hands featuring the text “We love Gary.” Next, Gary proves he knows the answers to all the questions, even before the announcer ends the questions.

Founded in 1937, Progressive has become one of the largest providers of car insurance in the United States, with over 13 million policies in force, along with State Farm, GEICO, Allstate, Farmers Insurance Group, Nationwide Mutual Insurance Company, and USAA. The Ohio-based company and has expanded internationally as well, offering car insurance in Australia.