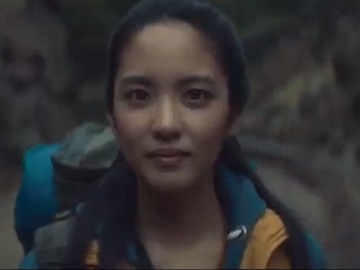 President’s Choice has released its Eat Together 2019 commercial, highlighting that, no matter where life takes you, eating together at the table is the best place to be.

The spot encourages people to think about the scenario in which they would have the power within one night to dream 75 years of time. “So, let’s suppose that you were able every night to dream any dream you wanted to dream. And that you could, for example, have the power within one night to dream 75 years of time. Or any length the time you wanted to have. And you would naturally, as you began on this adventure of dreams, you would fulfill all your wishes. You would have every kind of pleasure. And after several nights, of 75 years of total pleasure each, you would say “Woah, that was pretty great!’ But now let’s, um, let’s have a surprise. Let’s have a dream which isn’t under control. Well, something is gonna happen to me that I don’t know what it’s gonna be. And you did that and came out of that and say ‘Wow, that was a close shave, wasn’t it?’ Then you would get more and more adventurous and you would make further and further out-gambles as to what you would dream and finally, you would dream where you are now,” the voiceover says on the 90-second film, which concludes with a family around the table, having dinner together.

Introduced as a way to celebrate Canada’s 150th anniversary, in June 2017, the “Eat Together” campaign was rooted in the idea that eating alone is not a natural human behavior. In 2018, the campaign film featured a girl growing from infancy to adulthood, with a variety of events, both casual and milestone, linked by friends, family and food.

The end of the video sees her sitting silently at her desk, at the office, surrounded by colleagues, all eating lunch alone, and the question “We grow up eating together. Why do we stop?” flashing across the screen.