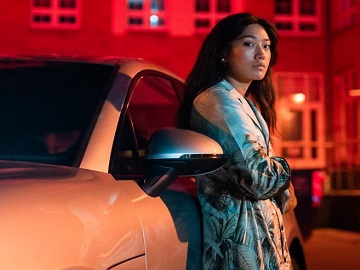 Berlin based Korean artist Peggy Gou, one of the most beloved DJs around the world, stars in a new campaign for Porsche Macan.

The campaign film follows Peggy as she drives the new Macan through the city streets at night, while in the background her voice is heard delivering the following message: “They call me a muse. The type… you don’t need to involve in your conversations. I got them thinking ‘What does she know?’ Passive words of belonging. Looking for something – I can’t give you. They try to own me, but I make by own. Without boundaries. Not trying to compare.

Just saying ‘Thank you’. Knowing how to push harder. But also… when to stop. Take a moment. Step back. Find your connection. It has always just been about people, intimacy, and butterflies. If you think you own something, do you control it or does it control you?”.