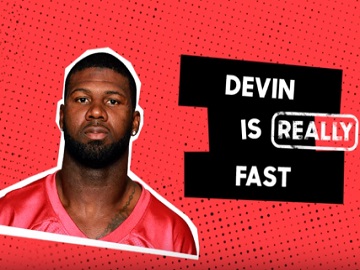 The pizza chain has released a commercial featuring a photo of the Chicago Bears wide receiver, who holds the record for the fastest touchdown in the Big Game history (after having scored in the first 14 seconds, in 2007) and informing that, if this record is broken, every Hut Rewards member gets free pizza. For a chance to win free pizza, people must join the loyalty program before kickoff.

This year’s Super Bowl takes place on February 4th, at U.S. Bank Stadium in Minneapolis, Minnesota. If the returning team scores a touchdown in less than 14 seconds of the opening kickoff, Pizza Hut will give its Hut Rewards members a free medium two-topping pizza on February 9.

Launched in 2017, Hut Rewards is intended to be “the best loyalty program in the pizza category” to the chain’s customers, giving them an incentive to come back to earn free pizzas and other rewards.