Home / Home & Garden / Peloton Bike Commercial – Better Is In Us 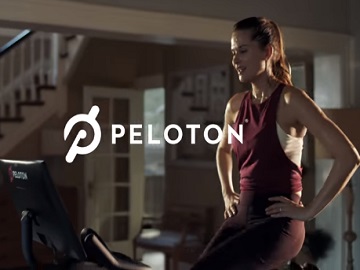 Peloton highlights, in its newest ad campaign, which is the largest marketing push in its six-year-history, that “Better Is In Us”.

A 60-second spot, inspired by the real life story of a Peloton owner, just like others in the campaign, explores the variety of emotions a busy, married mother, showing how her Peloton bike, that she uses in her living room whenever she can, helps her go trough them all.

“Most of life is a string of barely noticeable loans. Some easy, some tough. Victories. Setbacks. Mostly tiny. All beautiful. But every day there’s a chance. A chance to be stronger. Fiercer. But also easier. More patient. At once peaceful and unstoppable. Because every day is a chance to get closer to something inside that’s always been there.”, the voiceover says on the 60-second spot, which opens with the woman doing a workout in her living room using an Internet-connected stationary bike that live-streams classes to an attached screen. Footage showing scenes from her everyday life, that include her playing with her daughter, fighting with her husband, struggling to put the kid to sleep when she is extremely busy and loses her patience, helping her take a bath, which is a fun activity for both of them, having fun with friends at dinner, kissing her daughter while she’s sleeping, finding common ground with her husband and hugging him.

The end of the commercial sees the woman back on her Peloton bike, with her face brightened by a smile.

Developed in collaboration with creative agency Mekanism, the campaign will run across TV, with 30- and 60-second spots airing during NBC Universal’s Olympics coverage, and digital. As part of the partnership with NBC, the fitness company will host classes live-streamed from South Korea during the games.