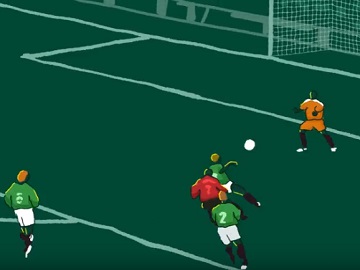 Paddy Power celebrates its status of official partner of the 2018 Brighton and Hove Pride festival with a new ad, aimed at highligting that “It doesn’t matter how you score off the field as long as you score on it”.

Brighton & Hove Pride Festival, described by The Guardian as “the country’s most popular LGBT+ event,” will be taking place from August 3rd to August 5th in Preston Park, Brighton. For the first time in Pride’s history, Britney Spears is set to take to the stage on Saturday. Pixie Lott, Ella Eyre, Louise, Mabel, MNEK, and others joined the Pride Festival main stage line-up.