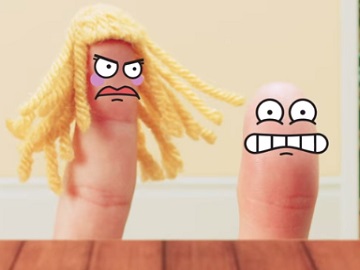 Ohio Lottery has released a new commercial in its Finger Puppet Theater series to promote the new $5 instant game $150,000 Jackpot, which gives customers the chance to win $150,000.

The 30-second spot, dubbed “Thumb War,” features Gary and Sergent Clipper using a finger to win a thumb war, but it soon turns out it was all in Gary’s head. “Are you even listening to me?” Susan asks him, which makes Gary get up from his daydream and answer “That’s a great point, Susan”.

Gary, described as “a hapless, clueless thumb who gets into compromising situations” and Susan, a finger that’s ” tired of getting pulled into Gary’s annoying mistakes” were introduced as the protagonists of Ohio Lottery’s social campaign for the newest instant games in September 2017.

The Ohio Lottery provides a diverse range of draw games and instant games, plus KENO at over 8500 licensed retailer locations across the State of Ohio.