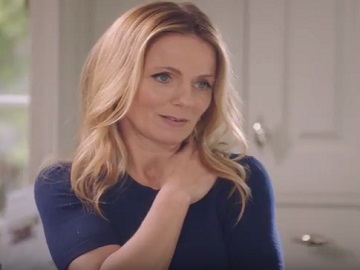 O2 has partnered with NSPCC to raise awareness about online safety among families and created a quiz called Parents vs Kids, which is meant to get parents and their kids talking about the online world and pick up some tips on how to stay safe.

The telecommunications services company has released a spot featuring Spice Girls alum Geri Halliwell Horner and her 12-year-old daughter Bluebell playing Parents vs Kids. The two are together in the kitchen and the girl asks Alexa to play this quiz, which starts with the question “How old should you be to use Snapchat?” They are then giving answers to several questions and have fun. “Who really knows more about the online world?” an onscreen line reads before the tagline “Let’s keep kids safe online” flashes across the screen, as well, at the end of the video.

On Wednesday morning (October 24), Gery Horner (Halliwell) appeared on This Morning to host a craft-making segment with her 12-year-old daughter Bluebell. The mother-daughter duo appeared on the show together last August when Bluebell joined her mom for the cookery segment at the end of the show. Gery Horner also has a one-year-old son, named Monty, with her husband, Team Principal of the Red Bull Racing Formula One team, Christian Horner.