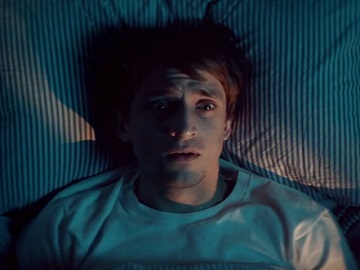 Nytol UK promotes, in a new advert part of the “Night Tales from Nytol” series, its Anti-Snoring Throat Spray, which is scientifically proven to act immediately to help combat the main source of snoring, the throat.

The 20-second spot, developed by creative agency Lucky Generals, features Cliff, a young man who’s lying awake in the middle of the night, worrying about who else he’s woken up with the sound of his snoring: his neighbor, his neighbor’s dog, or a family of sub-Saharan hippos.

The voiceover advises viewers to try Nytol Anti-Snoring Throat Spray for whatever is keeping them awake. The ad also highlights that, following a survey of 164 partners of snorers, 92% of them reported a reduction in snoring.