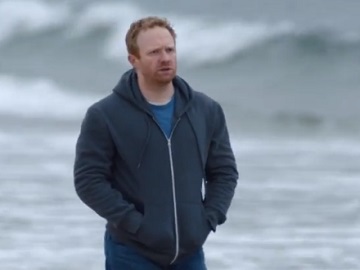 New York Lottery continues its ad campaign with a new funny spot, aimed at highlighting that you could win anywhere and anytime and encouraging you to play Scratch Off Games.

The 30-second commercial features a man walking on the beach and finding a message in a bottle. “I won,” the text reads. The instruction to “turn over” the piece of paper and an arrow pointing to the other side leads to the text “Woo Hoo!”, which makes the guy sigh and almost shake his head in disbelief. Finally, the tagline “Win Anywhere. Win Anythime.” flashes across the screen and the voiceover urges viewers to play scratch off games from New York Lottery for a chance to be one of the four million weekly winners.

Over the years, New York Lottery has used different approaches in its advertising campaigns, from comedic to heartwarming. An ad for the Cash4Life scratch-off game, titled “Small Town” and released earlier this year, in February, featured a deserted small town which it turned out was a toy created by a middle-aged man who says, according to an onscreen quote, that he would “spend more time being a kid again” if he won the lottery. The 2017 Christmas ad, from agency McCann New York, follows a bodega cat on a journey across the wintry Manhattan in search of the bodega owner to tuck a ticket into his stocking.