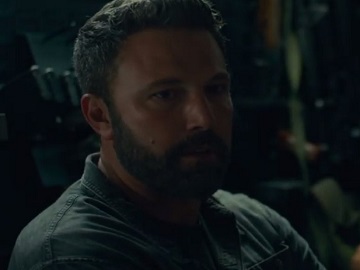 Netflix has released the trailer for its upcoming original film Triple Frontier and has just wowed viewers with the star-studded cast.

Ben Affleck, Oscar Isaac, Charlie Hunnam, Garrett Hedlund and Pedro Pascal have been all enlisted to play a group of robbers who attempt to rob one of the world’s most violent cartels in Triple Frontier.

“First thing first. Any man here wants to walk away can do so,” Affleck’s character says to his mates, warning them that it has to be now. He’s also urging them to own the fact that they don’t have the flag on their shoulders and highlights that they can’t go back to their normal life after that night.

“It is one of the largest cash seizures ever attempted. It will cripple the world’s most violent cartel. But this is not a military operation. It’s a robbery.” onscreen lines read throughout the trailer, which gives viewers a glimpse into the five men’s quest and its implications. Action-packed scenes, guns, explosions are all ingredients blended together in the tense trailer, that also hears the guys discussing about their plan. “The question is do we finally get to use our skills for our own benefit?” one of them asks.

The song used in the trailer is Bob Dylan’s 1963 song “Master of War,” whose melody was adapted from the traditional “Nottamun Town” and is included on the artist’s second studio album, “The Freewheelin’ Bob Dylan”.

Triple Frontier is set to launch on the streaming service and in select theaters in March 2019.