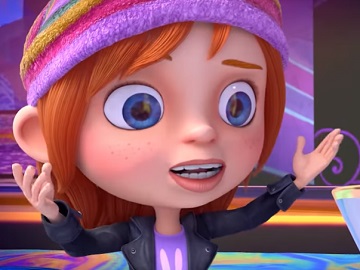 Netflix gives people a glimpse into Josh Wakely’s highly-anticipated animation series “Motown Magic” in a new trailer, that features international pop star Becky G’s cover of “For Once in My Life”.

The animated family-friendly series, inspired by the themes and characters of classic Motown songs, follows Ben, a wide-eyed 8-year-old with a big heart and an amazing imagination who uses his magic paintbrush to bring the street-art decorating his city, Motown, to life. Consisting of 11-minute episodes, the show is centered around classic Motown songs, such as “Signed, Sealed, Delivered, I’m Yours,” “My Girl,” “The Tracks of My Tears,” “I Heard It Through the Grapevine,” and “Superstition,” performed by an all-star line-up of artists, including Ne-Yo, BJ The Chicago Kid, Zachary James of the Melisizwe Brothers, Smokey Robinson, Trombone Shorty, Calum Scott, Skylar Grey, and more.

Motown Magic launches on the streaming service later this month, on November 20.