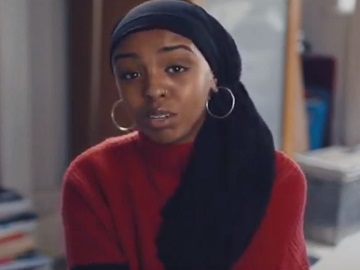 Titled “12 Voices,” the series features 12 different people – friends and families – each sharing their own unique
perspective on Christmas-related topics. In one of the spots, for instance, titled “Faking It At Christmas,” Philip, Simone and their two sons, Elliot and Joel, talk about how they pretend to like unwanted presents. In her poem “Gran Gets It Wrong,” Lynn talks about how her grandmother gave her a gift with the wrong initials on, when she really wanted a bicycle. “I really wanted a bike. Red. Shiny. Like Margaret’s next door,” Lynn says, revealing then that she actually got a jigsaw, chocolate money and a tangerine. In addition, she also got a box of handkerchiefs embroidered in the corner with a curly letter “N”, despite her name starting with “L”.

Other ads feature Oliver Lomax, who, in his poem “(Step) Dad,” talks about his relationship with his stepdad, and how Christmas allowed him to say thank you, Nicky, a lady who tells David and Kelly about a garden centre that got a little too festive in August, Maggy Whitehouse, who, in her poem “First Christmas,” looks back at her first ever service on Christmas eve, and more.

All of the adverts end with the onscreen line “Happy Christmas to all our members, nationwide”.