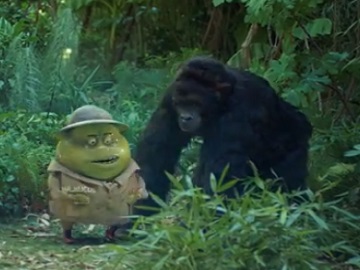 Mucinex advertises its Mucinex DM in a new commercial, highlighting that this product releases fast and lasts 12 hours, not 4.

The 15-second ad opens with a man asking his wife where her cough is. She says she’s good and mentions that she took the 12-hour Mucinex DM, which helped send the cough far away. At this point, Mr. Mucus is seen in the jungle, asking a gorilla if it saw a nice woman with a cough and being catapulted into the air after a punch in the face from the animal.

At the end of the commercial, the voiceover says that “Mucinex DM releases fast and lasts twelve hours, not four” and adds the tagline “Send coughs far away. All day”.