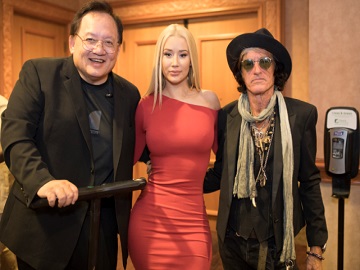 The company announced Azalea as its new spokesperson during the Consumer Electronics Show on January 8, and the next day, the artist celebrated her new deal with a special performance at Omnia Nightclub in Las Vegas. In an Instagram post, she revealed she was “so grateful for the opportunity” and “beyond excited” to work with Aerosmith guitarist Joe Perry and Monster Products founder and CEO Noel Lee, who she describes as “legendary people”. She also added she couldn’t wait for their Super Bowl commercial.