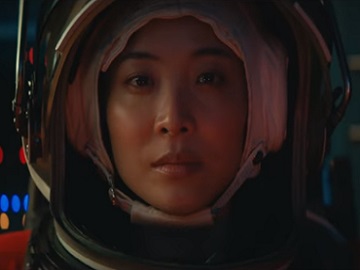 The campaign film, titled “First Time” and directed by Manu Cossu, celebrates various memorable first times for several persons – one woman is going to Mars, another one performs as a ballerina in front of an audience, one man runs to the hospital to see his newborn baby. “Life’s memorable must be Moët & Chandon” onscreen lines read at the end of the spot, which sees those persons and many others celebrating with Moët & Chandon champagne.

Earlier this year, Moet & Chandon teamed up with Roger Federer to launch an ultra-exclusive collection of Grand Vintage 1998 magnums in the tennis player’s honor, who celebrates his 20-year career anniversary. The collection, including 20 bottles priced at $24,000 each, also benefits a great cause: underprivileged children living in Switzerland and South Africa will be helped as the brand will donate 100% of the proceeds to the Federer’s non-profit organization, which aims to help provide those children with access to high-quality early education, as well as recreational activities.

In 2016, the champagne brand, whose 275-year-old heritage and pioneering vision have, since 1743, redefined the art of celebrating life’s most memorable, has celebrated its 25th consecutive year since being the official champagne of the Golden Globes Awards.