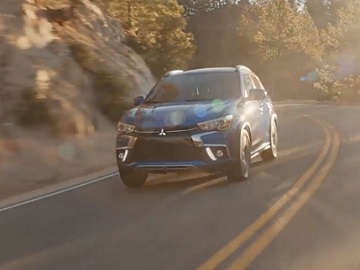 Mitsubishi Motors presents the 2018 Outlander and Outlander Sport as two siblings “separated at birth” in a new commercial, aimed at highlighting that, while the two cars have “remarkable similarities and wildly different personalities”, they’re both part of “America’s safest crossover family”.

“One fateful day, two of Mitsubishi fateful siblings were separated. Robert’s family adopted the Outlander, while Mike and Jenny took home the Outlander Sport. But no matter where their journeys take them, they’ll always be part of America’s safest crossover family.” – the voiceover says in the 30-second spot, which features Robert and his family in their Outlander, as they avoid an accident while backing it down the driveway, thanks to the Rear Cross Traffic Alert, and, on the other hand, Mike and Jenny, a young couple seeking adventures, as they use the AndroidAuto to listen to their favorite music and also avoid a collision with another vehicle thanks to the Forward Collision Mitigation.