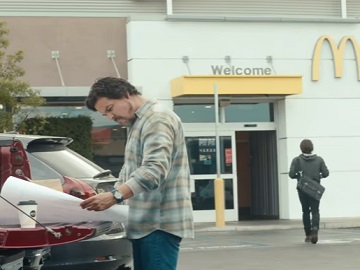 The 30-second ad features a man who, after grabbing a breakfast stack from McDonald’s and taking a look at a construction plan, heads to his niece’s house. Welcomed by the girl with a big smile and a lot of enthusiasm, he asks her if she’s ready and, having her confirmation, he unfolds the large sheet of paper in his hands revealing it is the plan of a tree house.