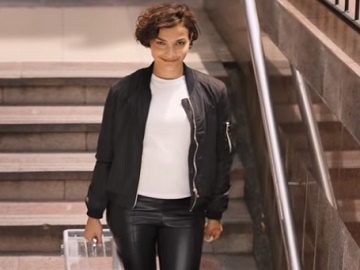 McDonald’s is celebrating 50 years of the Big Mac with the MacCoin, a limited-edition global currency that’s redeemable for a free Big Mac in more than 50 countries countries.

The fast-food restaurant chain has released a 60-second spot introducing MacCoin as “a global currency for a global icon: the Big Mac.” “In 50 years the Big Mac has traveled the globe, but kept what made it famous – the same Big Mac at McDonald’s world wide. So universal The Economist uses it to compare currencies. So, for its 50th anniversary, it becomes one. A food-backed currency. Each MacCoin worth one Big Mac in more than 50 countries around the world,” the voiceover says, inviting then people to join the celebration starting August 2nd. “Collect, share, or redeem your limited-edition MacCoin for a free Big Mac for those iconic two all-beef patties, Special Sauce, lettuce, cheese, pickes, onions on a sesame seed bun and celebrate five legendary decades with five collectible designs,” the voiceover also says.