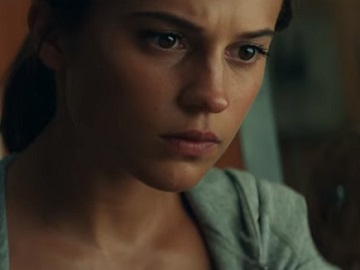 Lucozade Energy promotes the upcoming Tomb Raider film in a new commercial, aimed at highlighting that, with Lucozade, your energy “beats everything”.

Hide-and-seek. Explosions. And cliffhangers. Lara Croft. Energy Beats Everything,” the voiceover says on the action-packed 30-second spot, which features Alicia Vikander as Lara Croft, the main character, who embarks on the dangerous quest to solve the puzzle of the mysterious death of her father, an eccentric adventurer who disappeared when she was a teenager.

Written by Geneva Robertson-Dworet and directed by Roar Uthaug, the film also stars Dominic West, Nick Frost, Hannah John-Kamen, Walton Goggins, Daniel Wu, and Alexandre Willaume, and is set to be released in theaters this spring, on March 16.