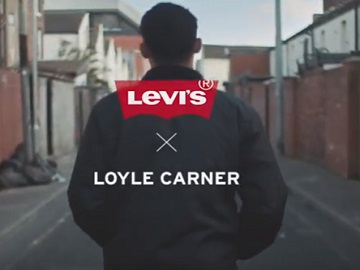 Levi’s has released a new installment in its Levi’s Music Project, featuring Loyle Carner launch the brand’s latest open access music studio, in a city that rivals most for its musical heritage: Liverpool.

Carner and Levi’s Music Project teamed up to create a community music space and empower young artists to take the stage at Liverpool Sound City festival in May. The English hip hop musician and actor, born Benjamin Gerard Coyle-Larner, will work with a group of 15 local young musicians on original material inspired by the notion of “Music & Unity”. The students will have access to the best industry professionals and mentors, with the project building towards Liverpool Sound City festival in May, where they will take to the stage and show the world what they’ve been working on.

“When you have talent, you don’t necessarily have the means to hone it. It’s more about teaching them how much they’re worth. Make music, make art. Rip things up and sticking them together in a different way. Think this is an exciting time to be young,” Carner is heard saying in voiceover at the end of the 60-second spot, filmed in Liverpool and launched with the #SupportMusic hashtag.

The song playing in the background is Carner’s 2016 single “The Isle of Arran”, which samples S.C.I. Youth Choir’s “The Lord Will Make a Way”. The track is included on the musician’s debut studio album, “Yesterday’s Gone,” released in January 2017.