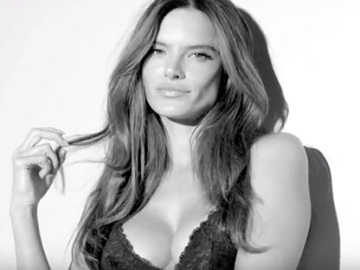 She’s no longer a Victoria’s Secret Angel, but this doesn’t mean she will no longer showcase underwear. Alessandra Ambrosio, who made her final appearance at the most famous underwear show in 2017, was named the new face for Lascana, a multi-brand concept known for lingerie and swimwear since its foundation, in 2006.

The Brazilian model fronts the label’s “Your World, Your Rules” new ad campaign, showcasing swimwear, but also talking about her and delivering empowering messages for women around the world in an attempt to make them “feel good and confident to do whatever they want, to follow their dream, and to be happy”.

Lascana is the third most famous lingerie brand in Germany and the most successful private label in the OTTO range. OTTO is the largest online fashion and lifestyle retailer in Germany. The brand extended into the swimwear segment of the market in 2005 and, five years later, it conquered the international world of online retail, launching successful online shops.

An Angel for Victoria’s Secret from 2000 to 2017, Alessandra Ambrosio became, in 2006, the first spokesmodel for the company’s PINK line, which included pajama sets, underwear, college apparel, and workout gear. Chosen as one of People magazine’s annual “100 Most Beautiful People in the World” in May 2007, she collected in her portofolio major brands for which she starred in advertising campaigns, like Giorgio Amrani, Gucci, Moschino, Hugo Boss, Gap, Christian Dior, Ralph Lauren and many more.