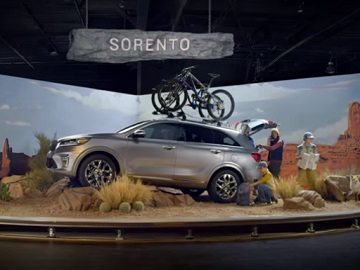 Kia Motors has released a new commercial, showcasing its SUV range, from the wilderness-loving rugged Kia Sorento, to the friendly and capable Kia Sportage, to the urban-savvy Kia Soul, to the peaceful hybrid Niro.

“Find your species of SUV at Kia,” the voiceover says at the end of the commercial, which is released with the brand’s famous tagline, “America’s Best Value”.