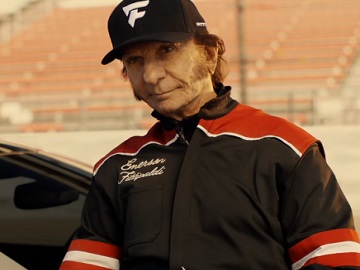 Kia released today a teaser for its Super Bowl commercial, showcasing the 2018 Kia Stinger and racing icon Emerson Fittipaldi, revealing that he won’t be the only legend on the track, though, in the commercial for the Big Game.

In the teaser a woman’s hand is seen pushing the Start/Stop engine button to start the engine of a red 2018 Kia Stinger GT2, while the two-time Formula One and Indianapolis 500 champion, leaning on a silver Kia Stinger, is looking at her, as she gets ready to start speeding down an abandoned racetrack.

The commercial, created by David & Goliath and titled “Feel Something Again”, marks the 9th consecutive year that Kia advertises at the Super Bowl. This year, the Big Game takes place on February 4th, at the U.S. Bank Stadium in Minneapolis, and airs on NBC.

In 2017, the automaker taped Melissa McCarty for a hilarious spot that also delivered a message about supporting environment.

Among the other automotive companies that run commercials during the Super Bowl this year also are Lexus, with a spot featuring Chadwick Boseman as King T’Challa (aka Black Panther) and showcasing the new Lexus LS 500, and Hyundai, that promises, in a teaser, to continue its “Better Drives Us” theme and surprise millions.

Previous: Groupon Tiffany Haddish Having Pedicure Done Commercial – Save Up to $100 a Week
Next: Amazon Echo Spot Commercial – Be Together More