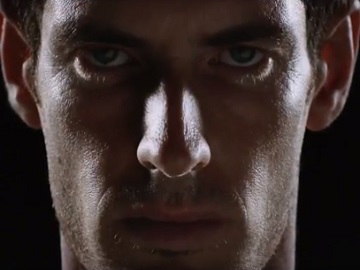 Andy Murray opens up about enjoying the suffering during his comeback in the latest Jaguar ad running in the UK.

Titled “Show Your Edge,” the spot features the two-time Wimbledon champion training, celebrating victory, and talking about his passion for tennis, about the things he would have done differently at the beginning of his career, and more.

“As a though sport is challenging, but I enjoy the suffering. The brain definitely tells you to stop or that things are getting too hard and not to keep pushing, but I just, I just do it. I don’t remember ever wanting to give up.

I’ve never really been like that. I love what goes into playing tournaments and competitions. Lots of times when coaches on the serv spoke to me go what you thinking when you’re serving well? And I say ‘Nothing. I don’t think at all,” Murray says, revealing he took it for granted when he was younger. “I love it, I really enjoy it. I really want to keep going as long as I possibly can. And I wish that earlier in my career I would have given myself more of a pat on the back when things had gone well,” he also says, mentioning also the unknown you must deal with, as you don’t know whether there’s a big injury coming and you have no clue about what awaits you. One thing is sure: he is very competitive and he doesn’t give up, always fighting until the end.

Earlier this month, Andy Murray fulfilled the pledge he made during WWF’s World Earth Hour to “go electric” and became one of the first Jaguar I-PACE customers on World Environment Day, June 5. Panasonic Jaguar Racing driver and fellow WWF ambassador Nelson Piquet Jr visited the British tennis star at his training camp and made a special delivery ahead of the grass court season, giving him the I-PACE, Jaguar’s first all-electric performance SUV.