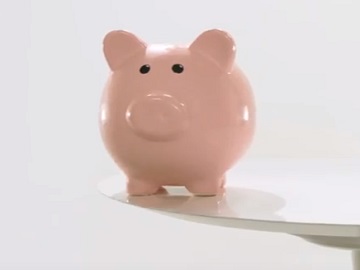 Jack in the Box advertises its $2.99 Jumbo Breakfast Platter in a new ad, featuring its mascot.

The spot, part of the Deal Talk with Jack Box series and titled “Piggy Bank,” features Jack telling viewers that, with his Jumbo Breakfast Platter, they can get full breakfast without paying full price. He mentions the Breakfast Platter comes with grilled sausage or crispy bacon, plus scrambled eggs, a hash brown, and 8 mini-pancakes, now for just $2.99, money that you’ve got right now in your piggy bank. At this point, Jack is seen trying to smash a piggy bank, but, despite the moneybox’s prompting to do it, he doesn’t have the courage to do it. The piggy bank then throws itself to the floor to crack open, which makes Jack shout out “Why?” in despair.

At the end of the ad, the voiceover is heard urging viewers to try the Jumbo Breakfast Platter, which will be available at participating location for a limited time only.