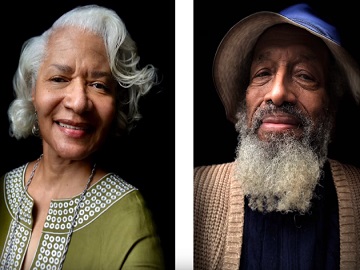 Apple highlights the camera capabilities of its new iPhone X in a new commercial featuring the voice of Muhammad Ali.

The spot, a collection of selfies taken by a variety of persons of all ages and backgrounds with Portrait Lighting on iPhone X, is soundtracked by the “people’s champion”performing “Round 2: I Am the Double Greatest”, the second track off his 1963 album, “I Am The Greatest”, when he was still known as Cassius Clay.

“I am the greatest! I’m going to become Champion of the Universe! Me, with my beautiful, colorful personality. I’m good looking, clean living, cultured, and I am modest. I am so modest I can admit my own fault. My own fault is I don’t realize how great I really am! Because I am great, I am the greatest!” – Ali is heard saying in front of an audience that burst into laughter as he goes on with his “speech”.

The “I Am the Greatest” spoken word album, written in collaboration with comedy writer Gary Belkin, which helped establish Ali’s reputation as an eloquently poetic “trash talker”, was released six months before he won the world heavyweight championship, announced his conversion to Islam, and changed his name to Muhammad Ali.

A new feature in Portrait mode, Portrait Lighting produces, according to the brand, “impressive studio‑quality lighting effects”. The iPhone X, boasting an all‑new 5.8‑inch Super Retina screen, the “most durable glass ever in a smartphone, front and back”, Face ID, which is a “secure and private new way to unlock, authenticate, and pay”, and many other innovative technologies, is available for purchase from $49.91/month with the iPhone Upgrade Program or from $999 if you want to pay in full.