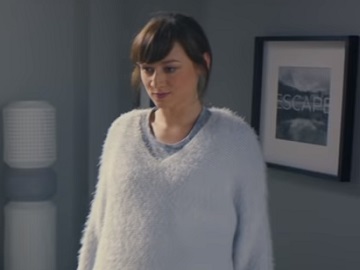 IKEA shows, in the latest installment of “The Wonderful Everyday” campaign, how a cozy living room can be transformed into the ultimate haven for an afternoon cat nap with just a few new additions.

The 20-second spot, directed by Sacred Egg at Riff Raff, features a sleepy woman in her apartment who takes out of her FRAKTA bag from IKEA several cushions and a blanket that change the aspect of her living room and prove that one small change can make a huge difference. After turning off the lights, the woman jumps on the couch for a catnap and, as she does that, she turns into a fluffy cat.

The advert, which showcases the new ELDTOREL cushion covers (£4,50 each), ends with the voiceover saying “New wonders can come out of the blue”.