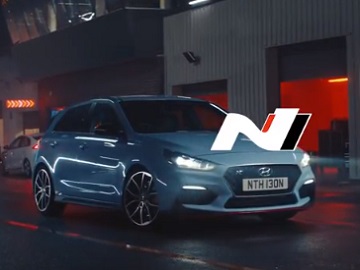 Hyundai is intended to turn heads with its new marketing campaign rolling out in the UK, to showcase the brand’s first performance model under the “N” range: i30 N.

The 60-second TV spot, created by UK agency Wash Studio, illustrates the idea of “Turning Petrol Heads” by featuring three characters who are all “petrol heads” in both the literal and metaphorical form. Brought to life with the use of a new render engine, Corona Renderer, the trio have their own personality: one of them, the owner and driver of the new i30 N, is animated, excited and heated as he talks about his car, one of his two friends whom he meets in a coffee shop seems to be asking questions and answering back, and the third one seems to be unwilling to join the conversation. Hyundai’s new i30 N hot hatch is showcased as it speeds down a road and grabs everyone’s attention, one way or another, making them turn their “petrol heads”.

The campaign also includes print, cinema and innovative Out of Home formats, and will feature within a UK consumer track day experiential programme.

Engineered in Namyang by Hyundai’s dedicated High Performance Vehicle Division, led by Albert Biermann, who masterminded most of BMW’s best M cars for two decades, and honed at its European test centre at the Nürburgring, the 2018 Hyundai I30 N features a four-cylinder 2.0-litre T-GDI turbo engine and delivers up to 275 PS and 353 Nm torque. The starting price is set at £27,995.