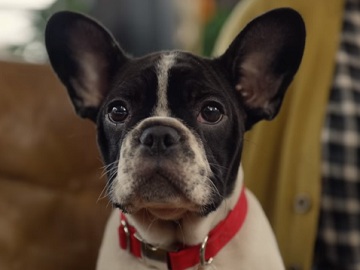 HSBC UK has launched a new TV advert to celebrate “the UK’s rich connections to the wider world” and highlight that “The people, communities and businesses of the UK all thrive more when they’re connected to something bigger”.

The 60-second spot, titled “Global Citizen”, features a man talking about multiple things people in the UK buy, eat, own, and do that illustrate the idea of globalization. “We start the day with a Colombian, a Guatemalan, or a piping-hot Costa Rica.” – he says at the beginning of the ad, referring to coffee. He then lists other products and ways imported from countries around the world, including the Danish bagel, the cars people drive, which are by different manufacturers (such as German and Japanese). He also highlights that “we ride Taiwanese”, “we watch American movies on Korean tablets and struggle with Swedish flat packs” (referring to IKEA products). While on screen several boys are seen playing football, the voiceover is heard saying that “Our heroes hail from Chile, Argentina, Brazil, and often Belgium.” Gastronomy couldn’t have been left aside, obviously, since “we eat Chinese, Italian, Indian”. The German way to pay the restaurant bill (“Going Dutch”) is also mentioned at this point, as people at a table give their (HSBC) cards to pay for their meals. “Some of our best friends are Mexican, Siberian, Hungarian, and French.” – the speech goes on, nodding at dog breeds.

“We live on a wonderful little lump of land in the middle of the sea, but we are not an island. We are part of something far, far bigger.” – the man says at the end of the spot, while putting in the last piece of puzzle in a puzzle showing the map of the world.