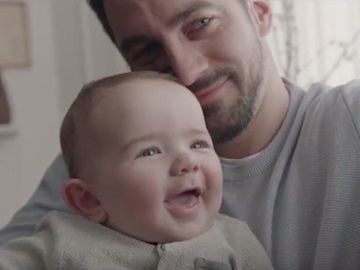 The 60-second spot, titled “Dad”, features a young man holding his baby in his arms and telling him he wants to meet someone very special.

“This is your grandfather. He’s my dad. Like I’m your dad. And you know, without him, we wouldn’t be here.” the man’s voice is heard saying, while on screen the grandfather is seen playing with his son and grandson. As the spot comes to an end, it turns out the aged man wasn’t actually there. “I really wish you could have met him,” the dad tells his baby, showing him a picture of his grandfather.

He then uses the HP ENVY Photo Printer to print in an instant other photos of him and his father, who is no longer with them, and the “Keep Memories Alive” flashes across the screen.