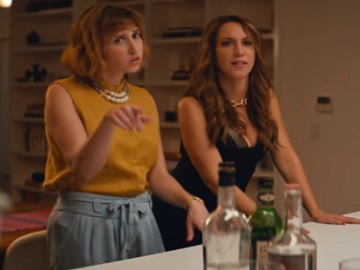 The 20-second spot opens with a woman named Lisa entering a kitchen together with her friend Rachel. The latter tells the man there that Lisa just had the best idea – to have a threeday. He doesn’t seem to understand at first, as he asks a little bit confused about the word. “You cool with us having a threeday, with your schedule?” the guy asks Rachel while doing some cleaning around the kitchen. Lisa says Rachel’s down and reminds him that he’s the only one who’s not on board. “Well, if you wanna do it, I’m ready to do it too, then,” he answers to the delight of the two ladies.

“Everyone could use a threeday weekend. Book yours today,” the voiceover says at the end of the commercial, which also sees Lisa revealing to her boyfriend she and Rachel have been doing this for years before she met him.

Founded in December 2010, the mobile travel app allows users to find discounted hotel accommodations up to seven days in advance throughout the Americas, Europe and Australia. Due to the last minute nature of the bookings, the app can also offer deep discounts off the listed hotel rate. So far, the app has been downloaded by more than 15 million users.