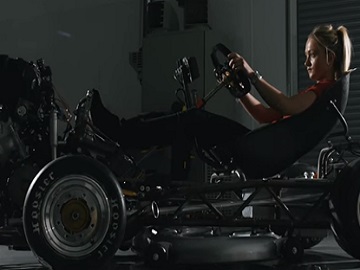 The brand has released a new teaser video, announcing that the Mean Mower is taking shape and inviting people to watch as the Mean Mower comes to life for the very first time with rising star Jess Hawkins behind the wheel.

Hawking, who’s been stunt driver in Fast and the Furious Live and has numerous karting and car racing successes, will drive the machine for the new world record attempt, but the date has not been yet set by Honda.