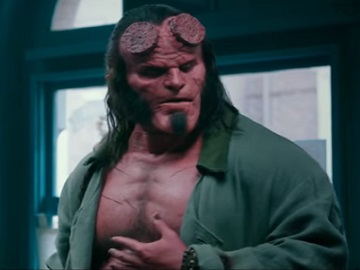 David Harbour, Milla Jovovich, Daniel Dae Kim and Sasha Lane star in the third installment of the Hellboy francise, scheduled to be released on April 12, 2019 by Summit Entertainment in IMAX.

The official trailer features an old but still charismatic Hellboy fighting the bad guys with two new allies: Alice Monaghan, a woman with magical abilities, and Ben Daimio, a man with the ability to turn into a jaguar.

The song playing in the trailer is the 1968 single by American pop rock band Tommy James and the Shondells, “Mony Mony”, covered by Billy Idol.