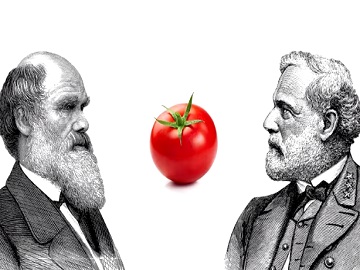 Today, April 6, is the National Tomato Day and Heinz reignites a debate that befuddled people for decades: is the tomato a fruit or a vegetable?

The brand has released, as part of its new “Grown not Made” campaign, which celebrates the quality, care and expertise that goes into every Heinz tomato, a hilarious commercial, dubbed “Tomato Debate”, raising the above mentioned question and providing an answer.

“And the answer is: it’s complicated. Not even the experts seem to agree. Scientists will tell you that this is a fruit. Lawyers, that it’s a vegetable.” The voiceover asks then viewers to look at their emoji. “Is ‘Tomato’ the last fruit emoji or the first vegetable emoji? What do you think? Do you eat tomatoes like a fruit or like a vegetable?” he asks, telling viewers they now get to decide.

Subsequently, based on the poll results, the brand decide which of these bottles will continue to be sold as a Heinz product.