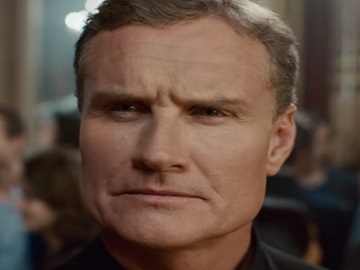 Heineken helps you discover the secret of Formula 1 drivers in its latest commercial.

The spot, titled “Perfect Man,” is set in Monte Carlo, at a Formula 1 after party, where British former Formula One racing driver David Coulthard, turned presenter, commentator and journalist, ends a dance with a lady in red.

Praised for his dancing skills by an Indian couple, Coulthard thanks them in their own mother tongue, surprising them. When an old man calls his name, waiting for a greeting, Coulthard has some trouble reminding his name. Luckily, there is an entire team working on that and he manages to avoid a weird situation. But, with so many voices in his head – literally – he manages to get himself into another weird situation when he says “Hi, Nico!”, something he was not supposed to say. He soon proves he possesses presence of mind when “Hi, Niko” becomes “Heineken”. Ordering two Heineken, for him and Josh, he continues his evening enjoying the athmosphere. And so does the crew behind him.

“Great performances are always a team effort.” an onscreen line reads at the end of the spot.

This is not the first time Coulthard stars in a Heineken campaign. In 2017, he appeared in the #MoreThanARace campaign, giving viewers an insight into what Formula 1 really means and revealing that Formula 1 is not just cars driving in circles. “Yes, Formula 1 cars do go around in circles, but there’s more to that,” he says, revealing some facts about Formula 1.