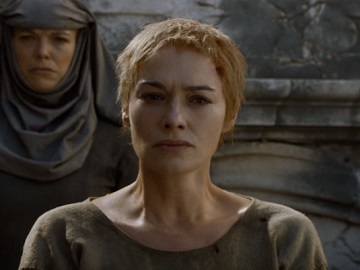 After the teaser dropped at the beginning of this month, HBO released today the official trailer for the upcoming eight and final season of its hit series Game of Thrones.

The fantasy drama, which will return next year, in April, is an adaptation of A Song of Ice and Fire by George R. R. Martin and stars Emilia Clarke, Kit Harrington, Lena Headey, Peter Dinklage, Maisie Williams, Sophie Turner, Jack Gleeson, Rose Leslie and many more.

When you play the Game of Thrones you win or you die,” Lena Headey’s character says at the beginning of the trailer.

The intense promo, which gives viewers a glimpse into a massive battle scene, features the onscreen lines “Every battle. Every betrayal. Every risk. Every fight. Every sacrifice. Every oath. Every death. Is all #ForTheThrone.” Jon Snow’s character is heard saying “There’s only one war that matters. And it is here”.

The soundtrack music is “Light Of The Seven”, composed by Ramin DJawadi in 2016. The song first played during the season six finale of the show and marked the first time piano was used in the music for the show.