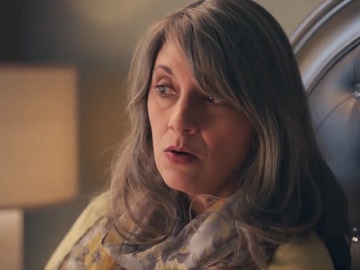 Havertys promotes its Presidents Sale Event in a new commercial, highlighting that you can get an extra $200 off.

The 30-second spot features a grandmother who reads a bedtime story to her little grand-daughter. The kid tells her that her mommy reads a specific story and hands her over a Havertys catalog, promoting the Presidents Day Event, which takes place between February 9 and February 12 and gives people the chance to get an extra $200 off. Looking a little bit at the cover, the grandmother starts improvising a story about President Lincoln. “He was very tall. He once said four score and seven years ago….”, the woman says and then, opening the catalog, shouts in bewilderment “Everyone gets an extra $200 off?” and adds “Now through Monday”.

“Havertys Presidents Sale Event is on.”, the voiceover says at the end of the commercial, which also highlights that everything is on sale, including sofas, chairs, sectionals, sleepers, and more. The deal is valid for purchases higher than $1499 and involves using the code SAVFEB to save when you shop.