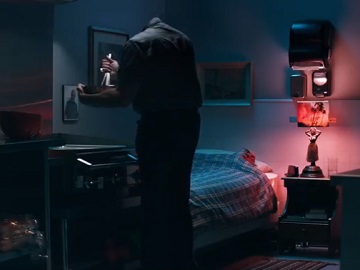 Hardee’s advertises its Buttermilk Biscuits in a new commercial, highlighting that these treats are made from scratch.

The 15-second spot, titled “My Body is a Clock,” features a middle-aged man introduced as Ron, Hardee’s Manager in Lynchburg, Va, laid in bed, saying that, at Hardee’s, they wake up at 4am to make their buttermilk biscuits from scratch. “But I don’t believe in clocks. My body wakes me up when I tell it to,” the man also says. As the ad goes on, it turns out on the pillow there’s only his head, the body being already busy with preparing the biscuits.

The commercial ends with the limited-time 2 for $4 Mix and Match offer, which is available during regular breakfast hours at participating restaurants and includes any two of the three items shown.