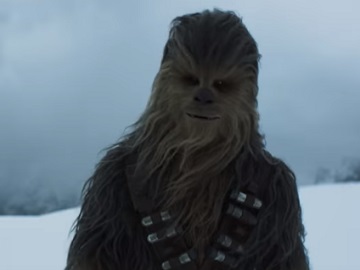 Google continues its ad campaign promoting the Google Assistant with a new spot, highlighting that this virtual assistant could make a million things easier for you, including buying tickets to the new movie you’ve been waiting to see.

The spot features a man asking Google to get tickets to Solo: A Star Wars Story and the app informing him that the nearest showing is at Cortland Cinema at 4:25 pm and asking him if that works for him.

The upcoming space Western film from the Star Wars franchise, directed by Ron Howard from a script by Jonathan and Lawrence Kasdan, revolves around Han Solo, who – during an adventure into a dark criminal underworld, meets his future copilot Chewbacca and Lando Calrissian years before joining the Rebellion. Solo: A Star Wars Story, featuring an ensemble cast including Alden Ehrenreich as Solo, Woody Harrelson, Donald Glover, Emilia Clarke, Phoebe Waller-Bridge, Thandie Newton, Joonas Suotamo, and Paul Bettany, is set to open in theaters this month, on May 25.

Google is not the first company to promote this highly-anticipated new movie. A recent Denny’s commercial, part of Disney’s promotional campaign for the film, is also tied to Solo: A Star Wars Story and features Star Wars creatures galore and Chewbacca himself. Esurance, Renault and General Mills have also promoted the film in recent commercials.