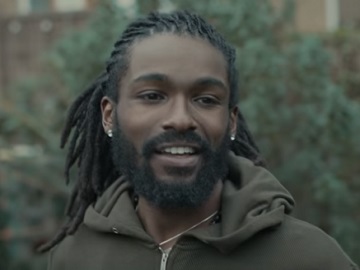 Earlier this week, Good Morning Britain launched their new 1 Million Minutes campaign with a poignant film called “Time is a Gift” by Phil Beastall, the film-maker behind this year’s viral hit “Love is a Gift”, an alternative John Lewis advert that cost only £50 to produce.

The “Time is a Gift” spot features several life scenarios that turn out to be different in realty. An engaged woman who feels her partner’s hand on her shoulder in the morning is actually alone in her bed, a father who’s playing with his young daughter in the backyard is actually recalling a moment, as she’s gone, an old man who grabs two cups to fill them with coffee in the morning realizes, a few seconds laters, that he only needs one, and a man who’s looking at his daughters as they unwrap Christmas presents acknowledges the absence of his wife.

The end of the film sees those people talking about their loss and their feelings with other people that chose to provide their moral support to those in need. Eventually, viewers are informed that they can help end loneliness and are encouraged to pledge their time by going to the GMB section on the ITV website.