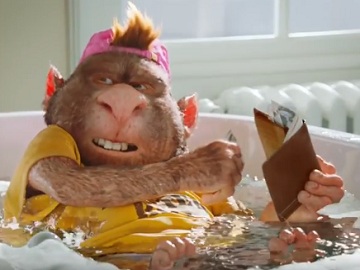 GoCompare has released a new advert starring the Monster Bill and Gio Compario. This time, the horrid creature is here to devour the energy bill, but, luckily, the mustachioed tenor arrives to save the day.

The 30-second spot features a married couple in their bathroom watching the Monster Bill in their tub as he’s eating their money. “He’s driving me bananas!” – the husband shouts in despair as he notices that the Monster Bill is getting “fatter and fatter”. At this point, Gio Compario (who is played by Welsh tenor Wynne Evans) shows up, gets rid of the Monster Bill and advises the couple to Go Compare, while onscreen lines highlight that you could save £138, just like 51% of those who used the Go Compare website in the period July – September 2017 did.

In December 2017, GoCompare announced the acquisition of MyVoucherCodes, one of the UK’s largest online voucher code sites, in a £36.5m deal.