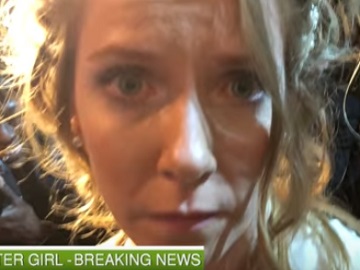 UK mobile brand GiffGaff celebrates Halloween with a film titled “A Monster Family”, a story about Esme, Rita, Frank and their pet hellhound Sulphurous, who are “a bit unconventional”.

The 30-second spot, set in the Monster Family’s house, which is in a dark basement, opens with the family around the table. As the Lady Monster takes an earthworm out of her mouth, her daughter finds the courage to ask her if all families are like them. Asked what she means, the girl answers they seem “different”. In the meantime, various images juxtaposed, including that of a man tied up on a bed and being electrocuted, come to illustrate the idea of how different the Monster Family is.

When the girl is saved and taken from that basement, she goes to another family. The couple, who introduce themselves as “your new Mummy and Daddy”, ask her to sign an adoption contract that foresees, among others, no contact with monsters, which makes her shout. “You’re not going to make me sign anything.” “Families don’t need contracts,” she tells her new parents before leaving them and returning to her family.

“At giffgaff we don’t need contracts” an onscreen line reads at the end of the advert, which also sees the Monster Lady telling her daughter it’s nice to have her back. “Stay because you want” another line reads and then viewers are invited to search and watch the full film.