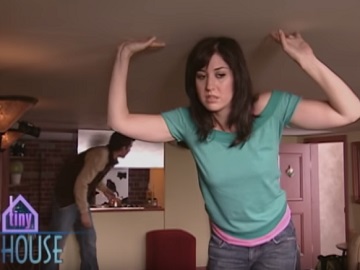 GEICO has released a series of new ads to highlight that it helps you save on car insurance and more.

One of the spots features two newlyweds stuck in a tiny house for a reality TV show, for a whole year. Titled “Reality Show,” the commercial is created like a trailer for a reality show called Tiny House, that will show the couple’s “adventure” in their new home. “The marriage was built to last. But the house was built too small,” the voiceover reveals in the short promo, which sees the two lovers slowly losing their minds as they are forced to live there. “For one year, sparks will fly. The drama will be real, but it won’t save you any money on car insurance,” the voiceover adds, while on screen the newlyweds are featured struggling, in vain, to live a normal life. “This is not awesome,” they conclude almost in tears.

The commercial, which stars Meredith Bishop and Grant Thompson in the leading roles, ends with the voiceover saying the company’s tagline, “GEICO. 15 Minutes could save you 15% or more”.